They are 3.75" tall. Plated in Sterling Silver, the crown band is adjustable up to 7.75". Each piece is individually wrapped in plastic. 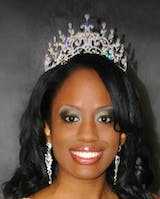 This crown is so Regal that it emulates the late HRH Princess Margaret's Poltimore Wedding Tiara which was originally created by Garrards in 1870 for Lady Poltimore, the wife of the 2nd Baron Poltimore. The tiara was sold in 2006 at an auction in Christie's which fetched $1.7 million, far more than its $360,000 pre-sale estimate.
I read somewhere that she was seen wearing the tiara in the form of the necklace prior to her wedding and continued to wear the piece in its various forms on many state occasions after her wedding day. Princess Margaret purchased the Poltimore Tiara herself, at an auction in 1949 and it's a great baroque Edwardian diadem, as big as a bird cage. A diadem tiara is made as a closed circle, like a crown, instead of being open like a hairband that you push in with haircombs. This crown featured here by Rhinestone Jewelry Corp has almost all the qualities and features as the Poltimore but its the Arabia's Bride's crown and has that nice adjustable band. I just know that the line of succession in Albuquerque, NM will look just as lovely as a Queen's sister in this tiara fit for sisters of an Empress.

Crown is absolutely beautiful. Pretty big in size! Looks just like how it is in the picture!

I took a chance on this one because it is so different than any other I have used in the past. I am SO glad that I did! This crown is absolutely beautiful and elegant. The girls LOVED them. Makes a great show. 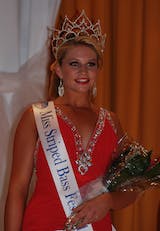 this piece is absolutely GORGEOUS!!! The proportions are perfect! Photos do not do it justice at all!

Added to your cart:

Let customers speak for us

I'm in love with this royalty set. The crown is prettier than it shows in the picture. Love the pins and Tiaras. Will be ordering again from this company. I'm extremely satisfied.

The beauty and craftsmanship were excellent. Thank you for the speedy delivery. We will be ordering more of this noteworthy tiara.
MS SENIOR FLORIDA PAGEANT

I added them to my baseball cap along with the let’s dance pin. 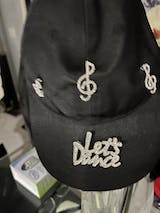